Grab some tickets to an unbelievable Concert: ABBA The Concert, A Tribute to ABBA, is the most amazing and authentic tribute show in the world, and now it comes to Toyota Oakdale Theatre on Saturday, April 8th, 2023. ABBA The Concert: A Tribute to ABBA has, for well over a decade, continued to be the top ABBA tribute group in the world, dazzling audiences with their fantastic performances, while playing all the most iconic hits from ABBA. Very few bands have had an impact on the world and the music industry, as has been done by ABBA, and now you can re-live the band in their hey-day glory. 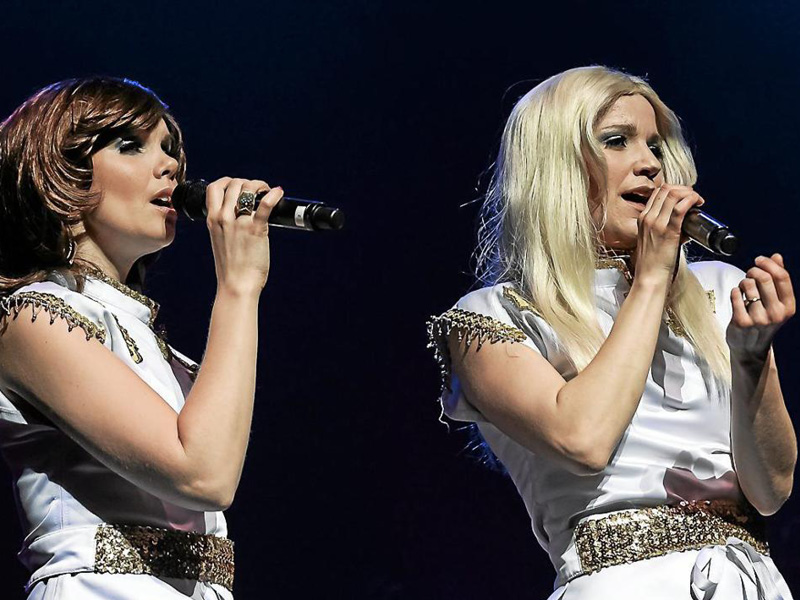 ABBA, one of the most popular, successful, and best-selling music groups in the history of popular music. They topped the charts worldwide with their songs from 1974 to 1982. Then, ten years after the group broke up, a compilation, ABBA Gold, was released, becoming an instant, worldwide bestseller. In 1999, ABBA's music was adapted into a stage musical that toured worldwide and in 2022, it is still in the top-ten longest running productions on both Broadway.

ABBA is a Swedish supergroup, formed in Stockholm in 1972 by Agnetha Fältskog, Björn Ulvaeus, Benny Andersson, and Anni-Frid Lyngstad. The group's name is an acronym of the first letters of their first names. ABBA unofficially split up in December 1982, and despite renewed interest in the band from the 1990s onwards, following the worldwide success of their greatest hits album ‘ABBA Gold’, and the equally popular musical ‘Mamma Mia’ and its film adaptation, the members had repeatedly refused to re-form.