It's time to get ready for Ari Lennox's "Age/Sex/Location" Tour! On March 4, the Grammy-nominated singer-songwriter is hitting the road and bringing her captivating live show to audiences at the Toyota Oakdale Theatre. This concert will feature songs from her acclaimed debut album, "Shea Butter Baby," as well as new music from her newly released album "Age/Sex/Location." Bop along, as she performs her energetic songs such as "Leak It," "Blocking You," "Waste My Time" "Stop By," "Boy Bye" and more. Get ready to experience Ari's soulful vocals, dynamic stage presence, and undeniable energy. A night of unforgettable music awaits you. Get your tickets now and come along for the ride! 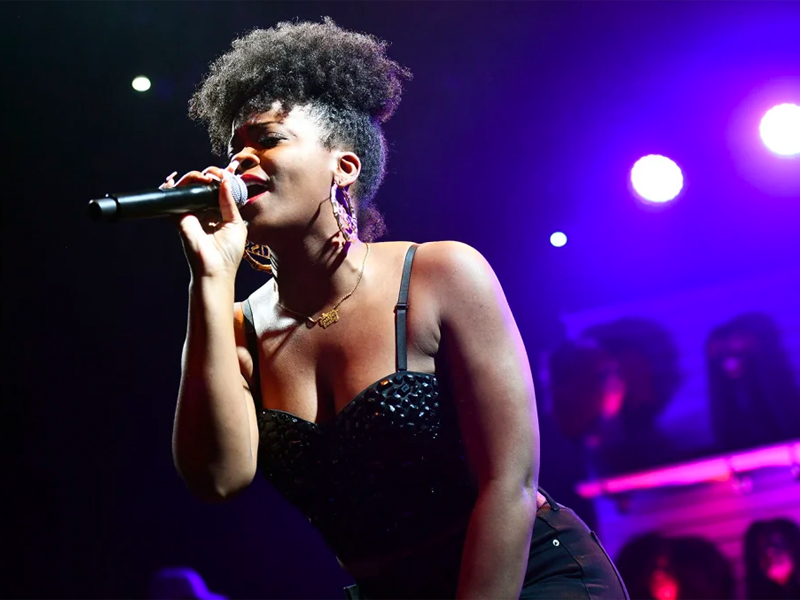 Ari Lennox is an R&B singer from Washington, D.C. She is a member of the Dreamville collective, signed to J. Cole's Dreamville Records. Lennox has released two solo albums, "Shea Butter Baby" and "Age/Sex/Location," and has featured on multiple songs and albums. She is known for her smooth and soulful vocal style, which she pairs with thoughtful and introspective lyrics.

In 2013, Ari released the EP, "Ariography." The extended play featured production from Elite, Ovrkast, and Ron Gilmore, and featured collaborations with JID and Doja Cat. The EP continues Lennox's exploration of vulnerability and introspection and is backed by lush production and her signature smooth vocals. Lennox's career began sailing in 2015 when she was featured on the Dreamville compilation album, "Revenge of the Dreamers II." After this, she was immediately recognized and set the stage for her solo career. In 2019, Lennox released her debut album, "Shea Butter Baby," to critical acclaim. The album consists of mellow and introspective beats and features production from J. Cole, Elite, and KQuick and guest appearances from Dreamville labelmates J.I.D and Smino. The album was met with praise, with critics noting Lennox's vulnerability and smooth vocal delivery.

Throughout her career, Lennox has established herself as an emerging talent in the R&B and soul music scenes. Her smooth and soulful vocal style, combined with her introspective lyrics and thoughtful production, has earned her well-deserved recognition. Her two albums, Shea Butter Baby and "Age/Sex/Location," have set the stage for what is sure to be a long and successful career.

See her perform live as she brings her "Age/Sex/Location" tour at the Toyota Oakdale Theatre on Saturday, March 4. Reserve tickets now!